Sam and Cupcake continue to do well in their forest home in the Bukit Tigaupuluh ecosystem. They are still closely monitored to ensure they are adapting well to forest life and are in good health.

During the dry season, Sam and Cupcake both had large abdomens due to a high consumption of high fibre items including stem, cambium and leaves. Sam has shown skill in identifying and utilising different food sources in the forest depending on the season. This is a vital skill that orangutans need to survive in the wild. Cupcake, of course will now naturally learn these skills from his mum, just as a young wild orangutan should!

Sam and Cupcake managed to elude their trackers for several days some time ago. The trackers were faced with very difficult terrain to navigate through and could not keep up with the dynamic duo high in the canopy. However, Sam and Cupcake appeared back near camp again a few days later and their monitoring once again commenced. Sam is still offered 2.5kg of supplement food however she only eats a small portion of this and then either throws it on the ground or offers it to her growing son.

Several orangutans have followed or stayed in close proximity to Sam and Cupcake including Joko, Violet and Raja Tori. However, Sam generally ignores them and prefers the solitary life which is natural for adult orangutans. Jeky Chan and her new baby Jellybean have been observed foraging in the same tree as Sam and Cupcake.

Cupcake is developing his skills and becoming more independent in some areas. He spent less time clinging to Sam and more time actively foraging for various food items in the canopy. He is still dependent on his mum when it comes to long distance travel and especially when swaying from tree to tree. Cupcake will cry if he finds himself too far away from mum and Sam will rush to him and pick him up. Cupcake greatly enjoys playing with the other orangutan youngsters in the area which the keepers love to watch.

We are so pleased with how well Sam and Cupcake are doing. Sam has really surpassed all expectations of living in the jungle after living as a pet and in a zoo for so long. This highlights how resilient orangutans can be and that their fighting spirit can overcome great odds. 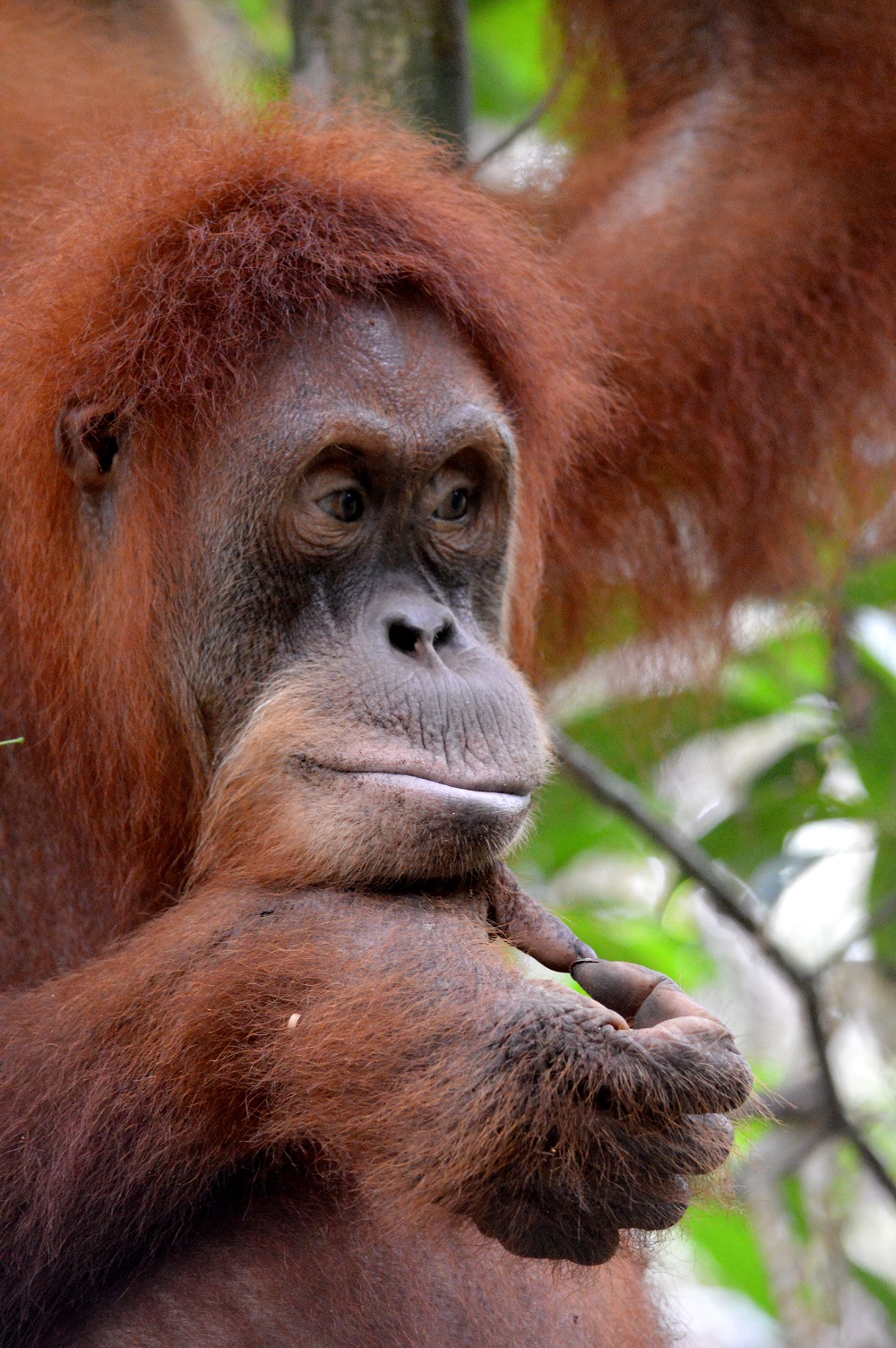 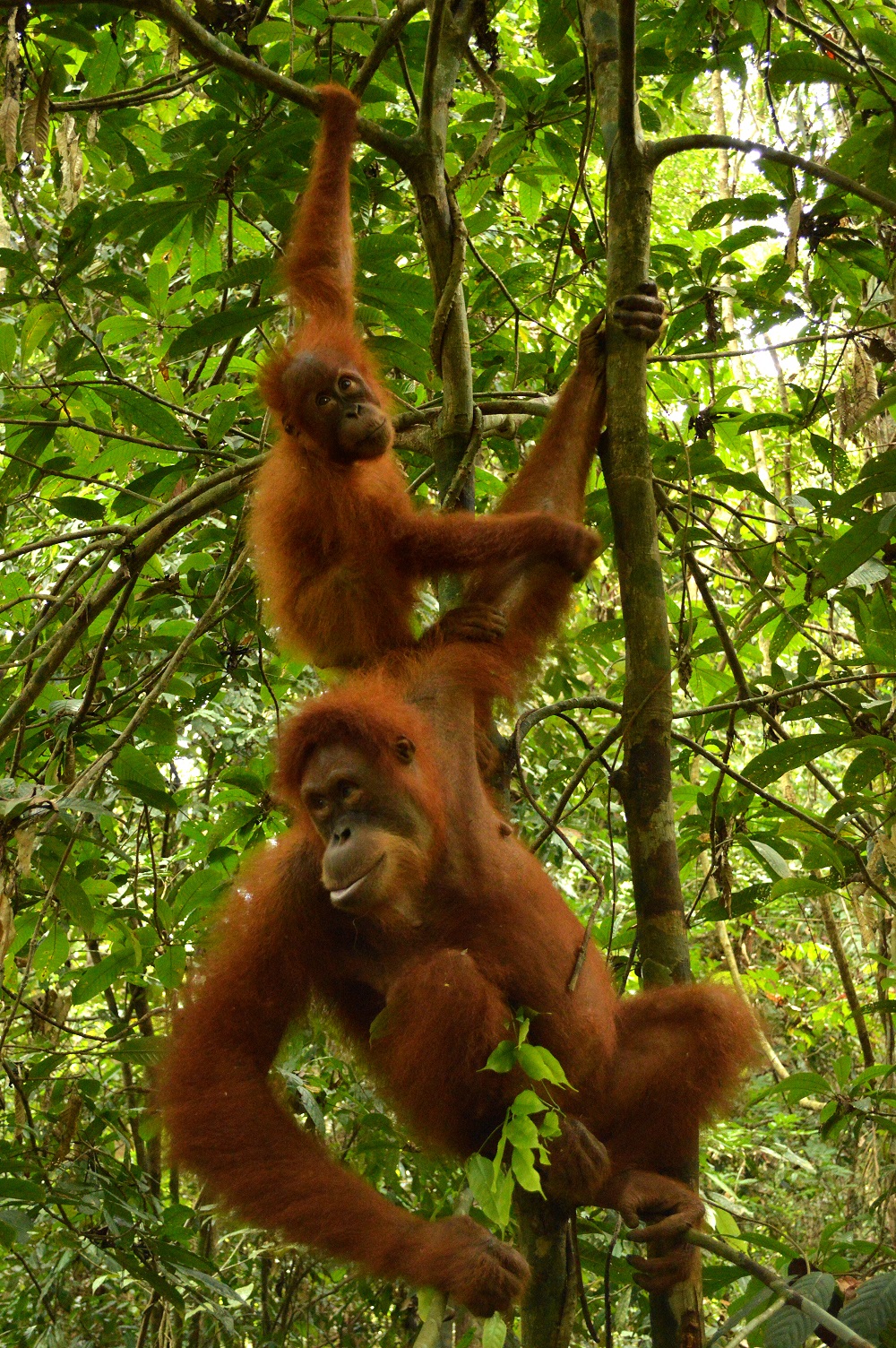 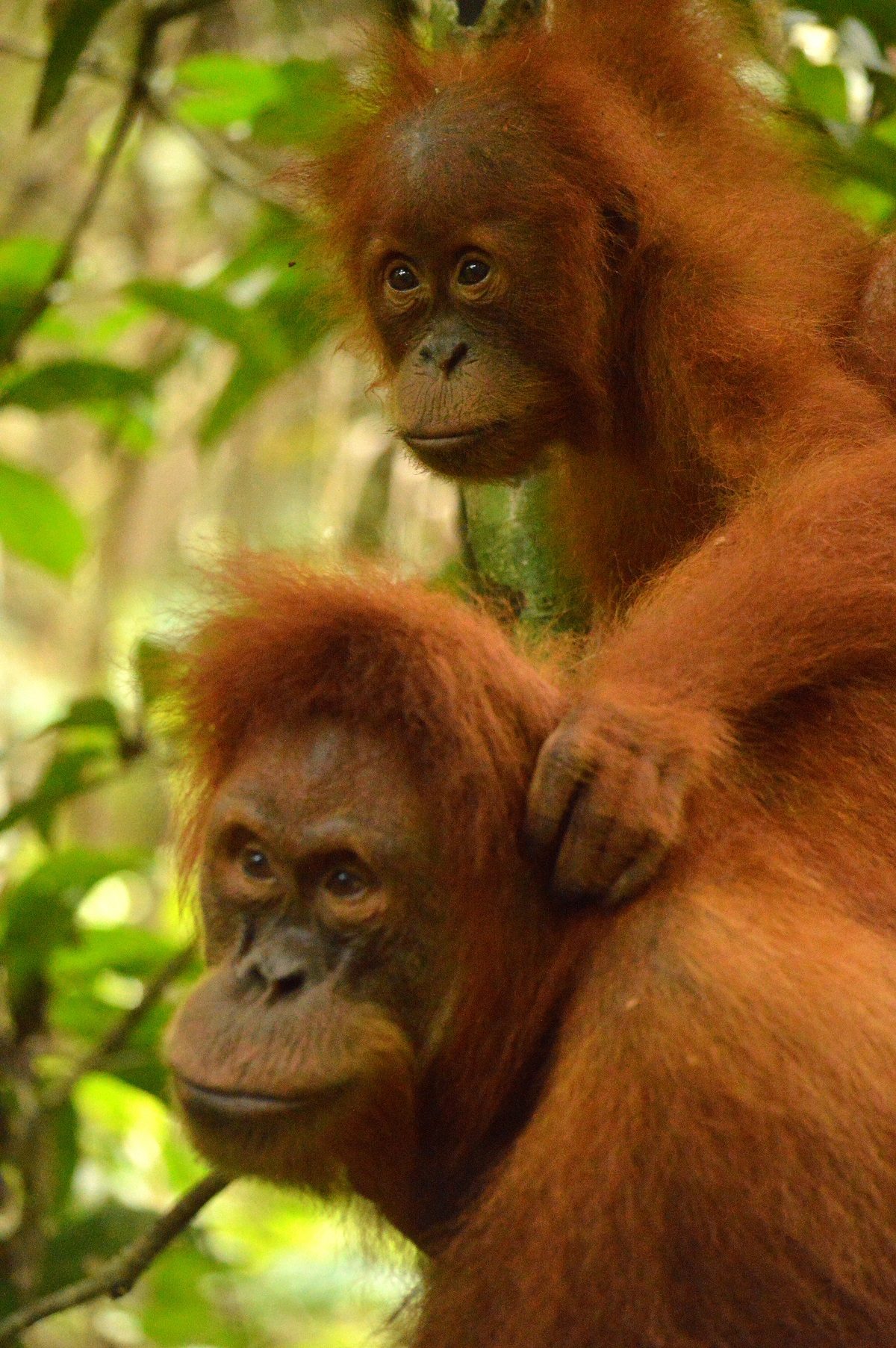 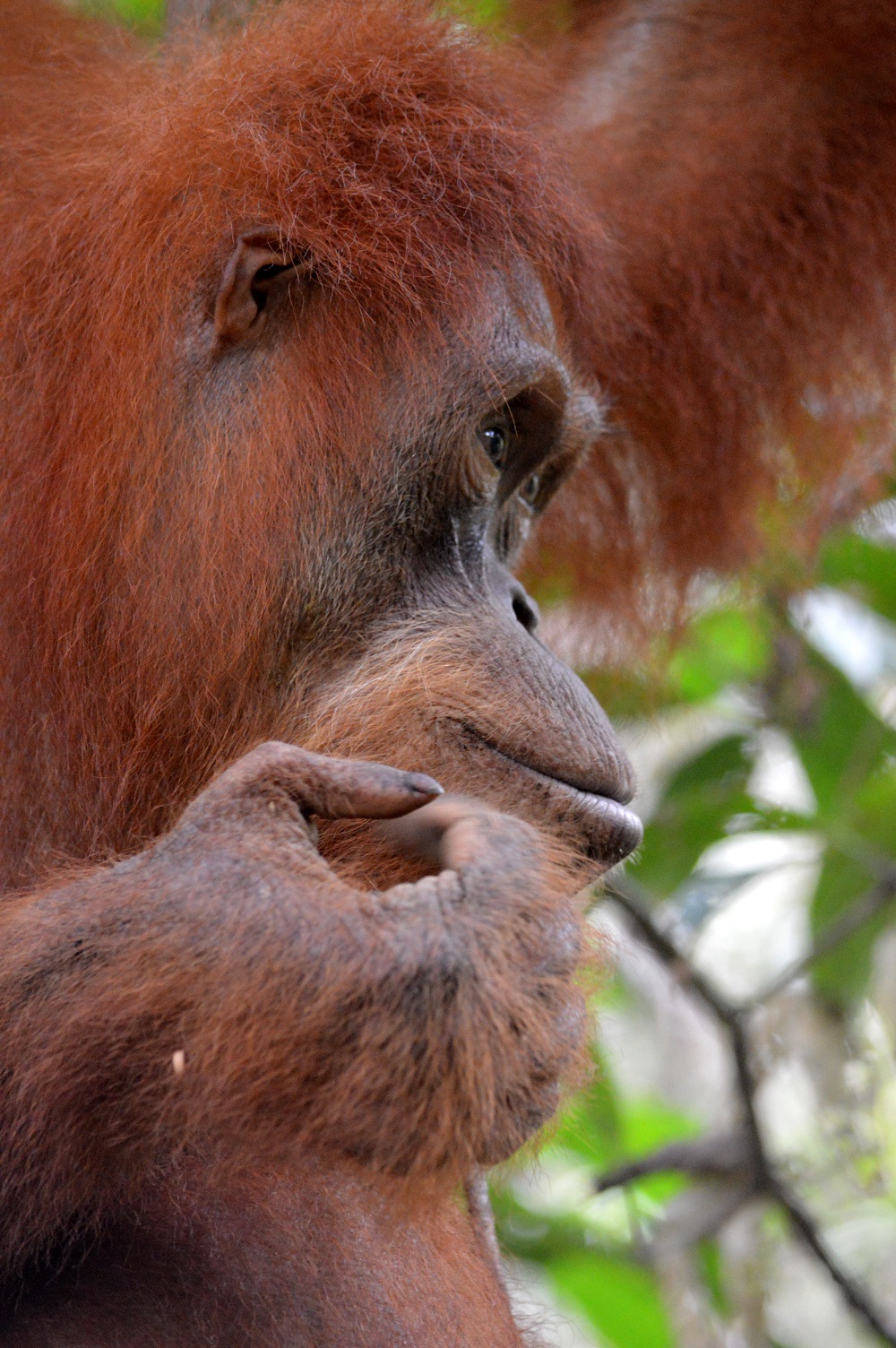 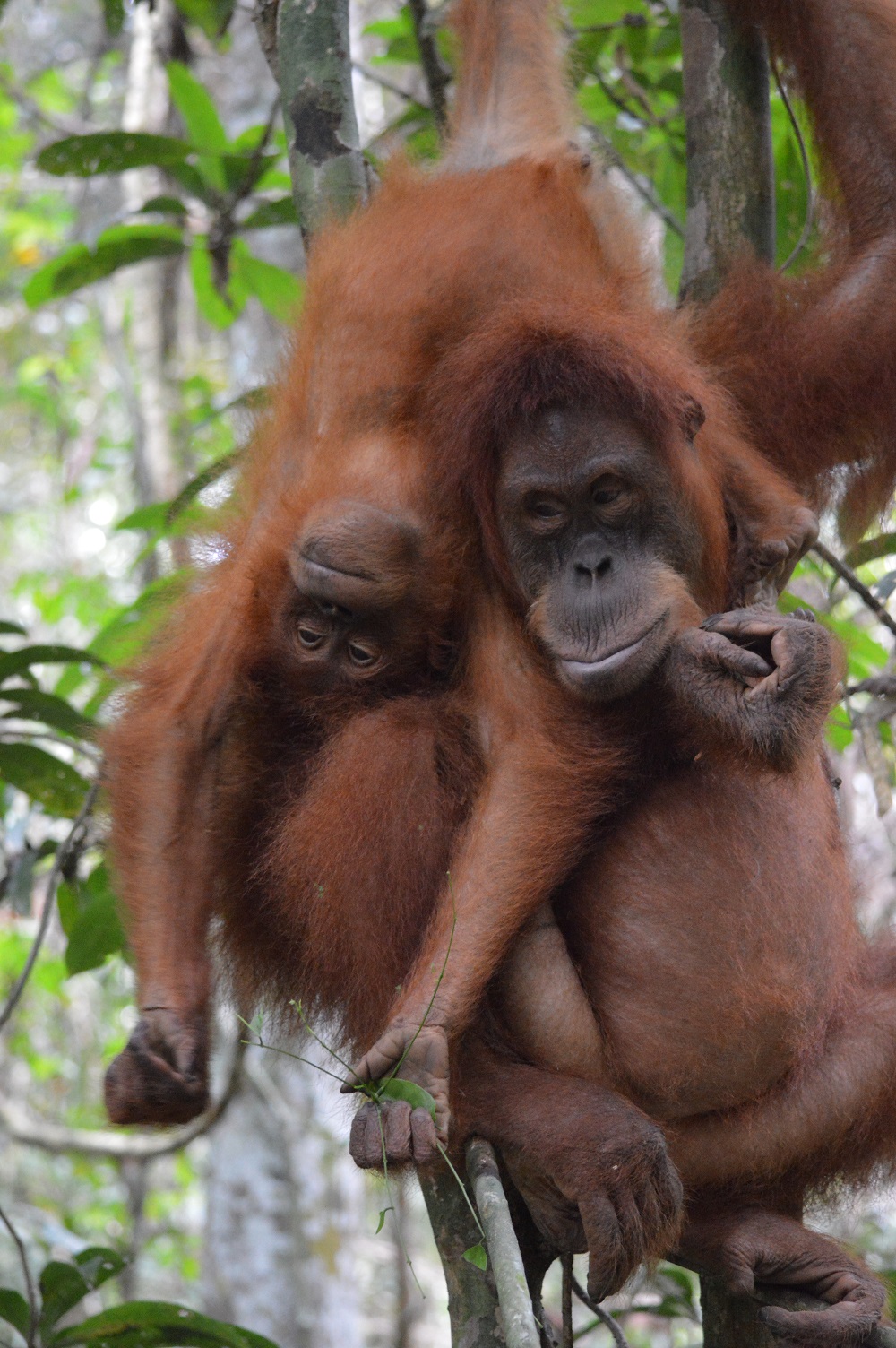 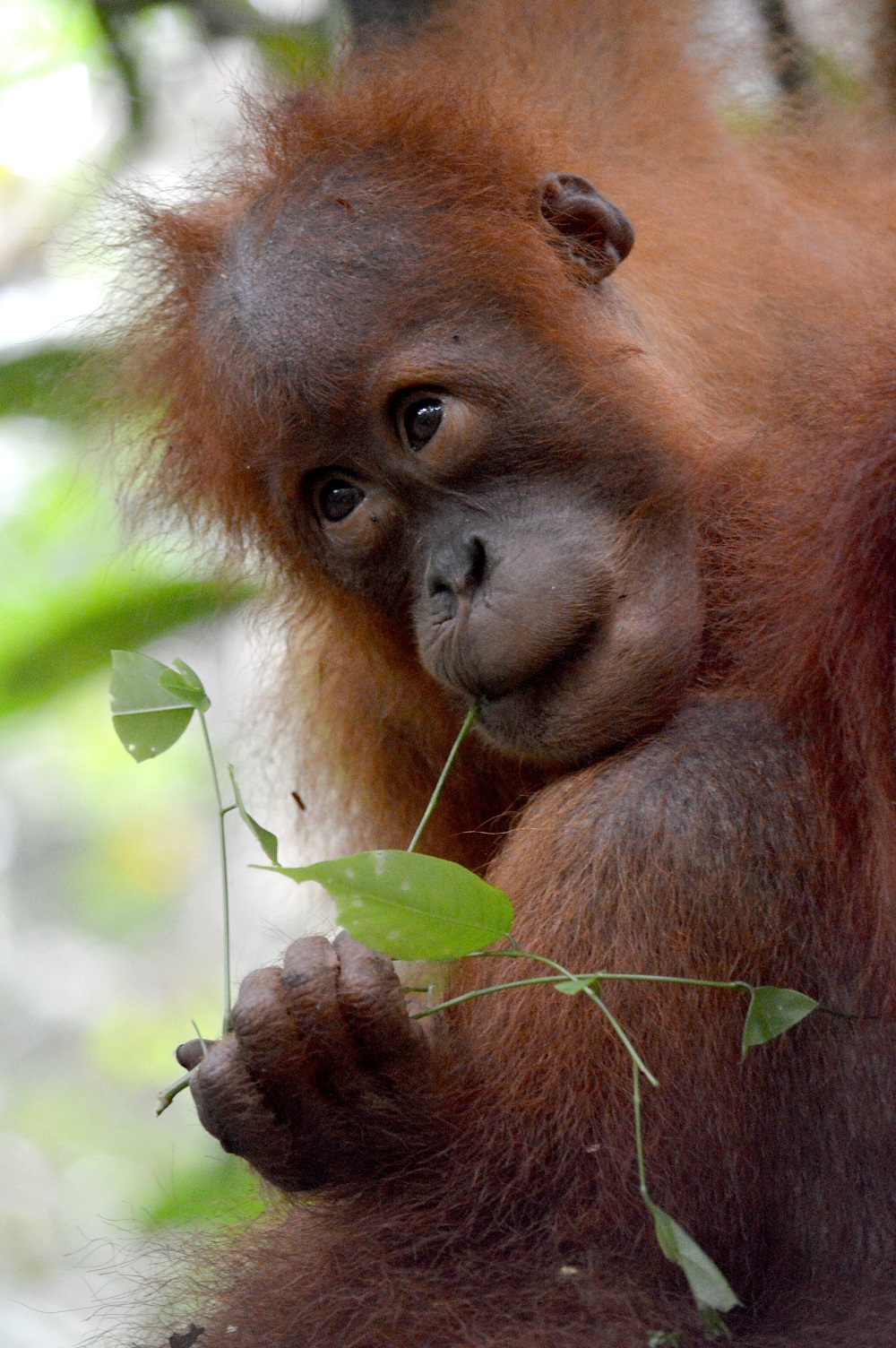