Sam and Sule thriving in the Sumatran jungle

The Orangutan Project is thrilled to share the exciting news that Sam and Sule are now considered capable of surviving in the Sumatran jungle on their own without constant supervision. Over the last year, Sam and Sule have often eluded their trackers as they venture further to explore the forest and forage in new areas. When they have again made an appearance closer to the release site camp, they have been in good health and have shown excellent foraging skills. 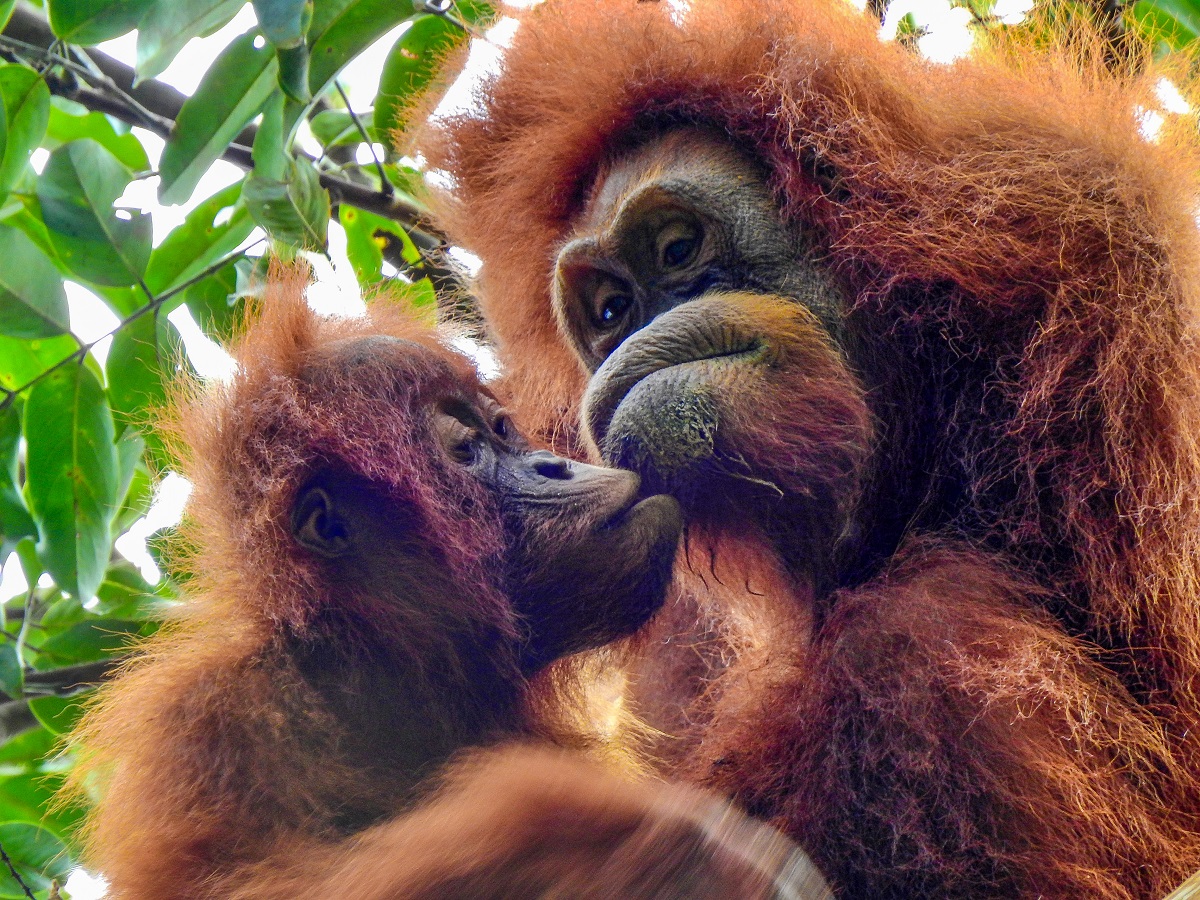 Sam and Sule foraging together in the jungle in December 2021

Sam has come so far, and we wanted to reminisce on her story and celebrate her forest freedom with you. Sam was rescued from appalling conditions in a Malaysian zoo in 2013 and was transferred to the Sumatran Orangutan Reintroduction Centre in the Bukit Tigapuluh (BTP) Ecosystem in Jambi, Sumatra. Thanks to our supporters and adopters, this rehabilitation and release site has been funded by The Orangutan Project for many years and is run by our partners at Frankfurt Zooligical Society and the Ministry of Forestry.

Despite her tough start in life, we wanted to give Sam every chance to live in the jungle. We knew this would be a long journey since she had spent her whole life in captivity. Sam was housed in a pre-release enclosure and began her rehabilitation journey. This included being given forest foods such as fruits, leaves and termites to eat and foliage to learn how to build a nest. She could also watch and learn from other orangutans nearby climbing in the canopy and foraging as they participated in forest school outings.

Then, in 2015, we were surprised and excited to discover that Sam was pregnant to a released and now wild orangutan named Rocky. However, Sam's pregnancy changed everything. Despite her progress and plans to release her soon, Sam was too vulnerable to return to the wild while pregnant and for some time after the baby’s birth.

Little Sule, also known affectionately by his nickname ‘Cupcake’, was born in June 2015 and Sam has been a devoted and attentive mother ever since.  Sam successfully nursed baby Sule and introduced him to solid food by first chewing it and then passing it to him to eat. After having months together in the enclosure to bond and for Sam to become used to being a mother, everyone agreed that it was still in Sam’s best interest to be allowed to spend time in the forest and begin her journey to freedom.

Over the years, Sam has slowly developed skills to live in the jungle however it has been a challenging journey after spending so long in captivity. There were times when Sam suffered from bloat and constipation as well as diarrhoea as she learned what forest foods she could eat. At one point Sam was deemed too unwell to stay in the forest so she and Sule were transported back to an enclosure where Sam could be given veterinary care and medication. Sam responded well to the treatment and made a full recovery. Orangutans often need some extra support and veterinary care during their preparation for release, as the process can be physically demanding on their bodies.

Sam used to be a very picky eater, however, she now eats a wide range of forest foods including fruits, leaves, flowers, termites, and cambium. This video shows Sam stripping tree bark to eat the juicy cambium underneath. Cambium is a type of plant tissue, and it is an important food source for wild orangutans, especially when fruit availability is low. It is truly wonderful to observe Sam utilising food sources as wild orangutans would.

It has also been a joy to see little Sule grow from a tiny baby to a confident and curious youngster who has boundless energy and loves to explore the forest and play with other young orangutans in the area. He is quite independent now and is even building his own nests however he still goes to Sam to suckle and to hitch a ride when he’s tired. Sam has been a wonderful, loving mother to Sule but this hilarious video shows that even the most patient of orangutan mothers can need some alone time from their rambunctious offspring.

THANK YOU to all our adopters who have helped Sam and Sule return to the wild. Sam’s story is one of resilience and hope, showing how much some orangutans can overcome and achieve when given the time and support they need to live a life of freedom once again in the jungle. Sule also has a bright future ahead of him thanks to the care and devotion given to him by his mum. We are so grateful to all of Sam and Sule’s adopters who’ve supported their rehabilitation journey including Jungle School, food and medical costs and intensive post-release monitoring for years to ensure that they are both safe and thriving in their true jungle home. Their precious freedom has been made possible with generous support from their adopted parents. 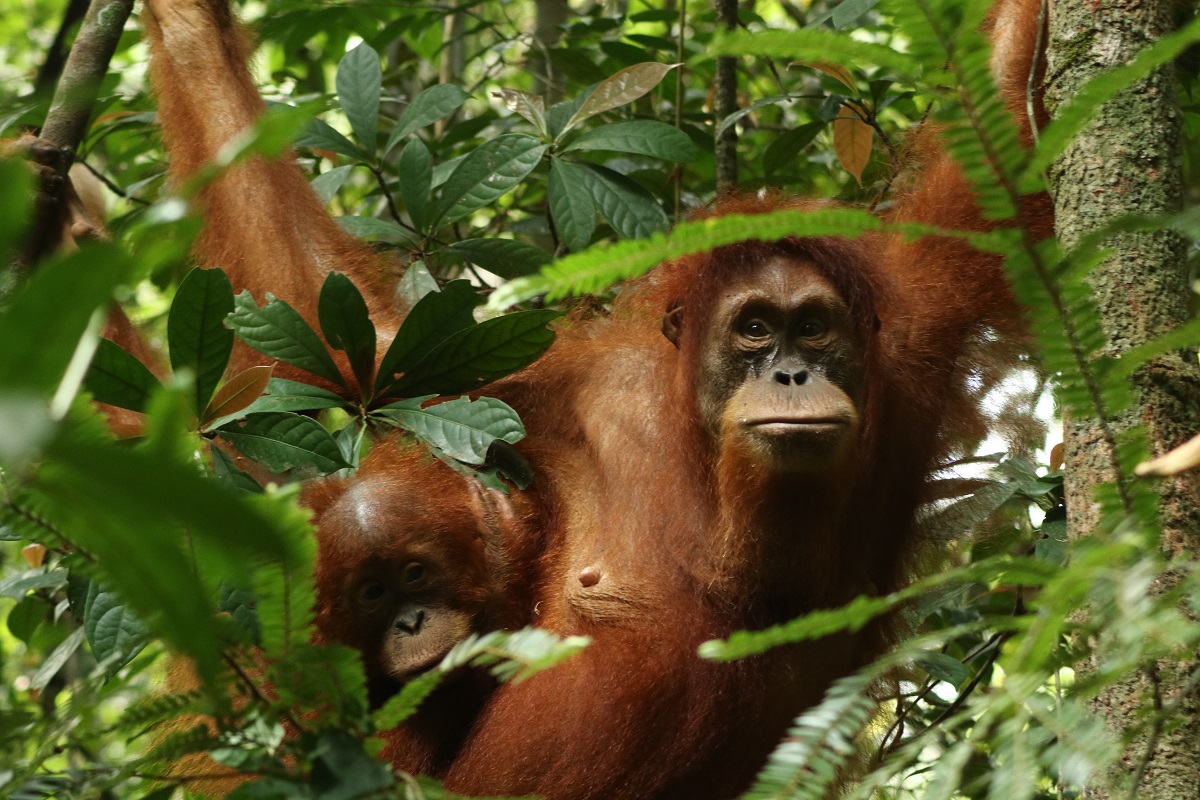 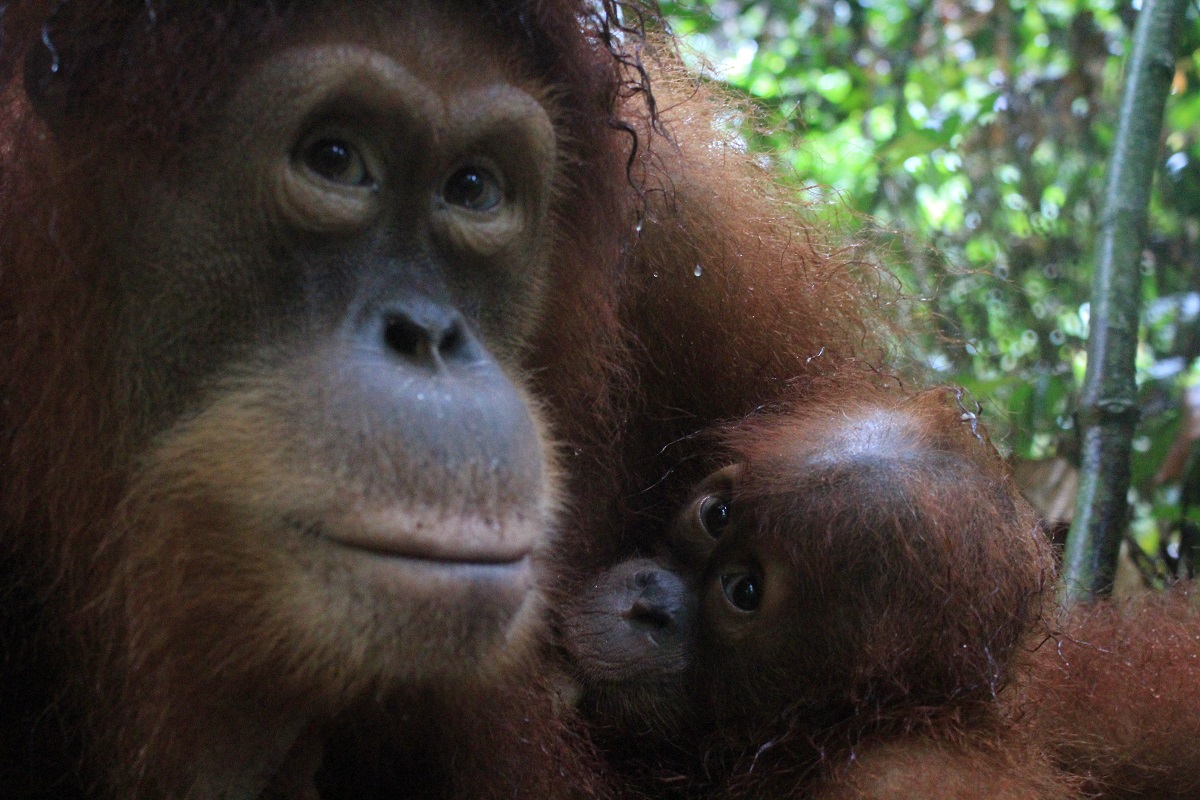 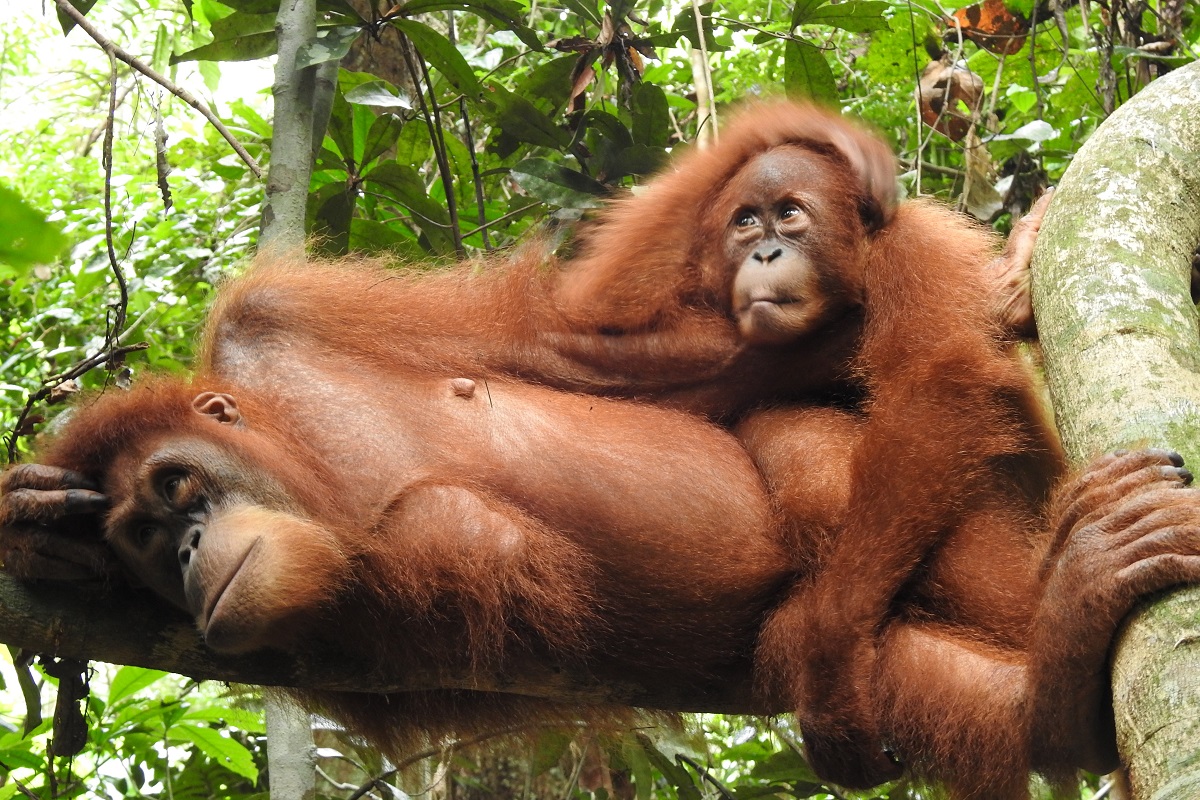