Sam and Cupcake are in good condition and they both started to put on weight in late 2019 as more forest fruit became available. They became more active in November when fruit availability increased, and fruit consumption dominated their foraging activity. The main fruits eaten were balam, keranji, liana, aro, jambu-jambu and durian. They also ate other food items including bark, leaves, insects, stem and flowers. Sam and Cupcake still received a small amount of daily supplement food and milk from their trackers. Less food was provided since Sam foraged actively and was only consuming a small portion of the supplement food. The trackers also provided Sam and Cupcake with probiotics occasionally to help with their digestion and prevent constipation, especially when they mostly consumed bark and stem. During the raining season, Sam also received multivitamins.

Sam and Cupcake have been staying in the area surrounding the release site. In December they spent a lot more time resting in nests that Sam had built to take shelter from heavy rain. She seldom climbed down from her nest except when she was attacked by bees or when she collected fallen fruits on the ground. Sam tended to be solitary, but several orangutans still tried to join her including Jeky, Violet, Evan and Tobi. Jeky followed Sam to forage for food, whereas cheeky Violet intended to take Sam’s remaining food. Both females are submissive to Sam, so they always kept a distance from her.

Cupcake continues to be very active and is becoming even more independent, spending more than 60% of his time off Sam. He is also moving further away from her, traveling up to 10m away. He will now only cling to Sam to rest or suckle. However, when he can’t sway or travel to another tree, he will either hitch a ride with mum or she will allow him to use her body as a bridge to make the cross over. Cupcake has been observed building nests on several occasions however the quality was quite poor, so he made the wise decision to sleep with mum in her nest!

Sam and Cupcake were attacked by bees in January while they were eating durian fruit. Sam and Cupcake moved quickly through the forest to escape the bees and in doing so, eluded their trackers. They were missing for two weeks however they were found again in February. These periods of time when orangutans are not monitored can be valuable in showing their skill level and ability to survive in the forest without any assistance. Sam and Cupcake are certainly showing they are very capable in the forest and perhaps they are a bit tired of being followed since they have once again eluded their trackers to get some ‘alone time’. The staff are confident that they will be sighted again soon since some of Sam’s favourite fruit trees are close to the release camp. 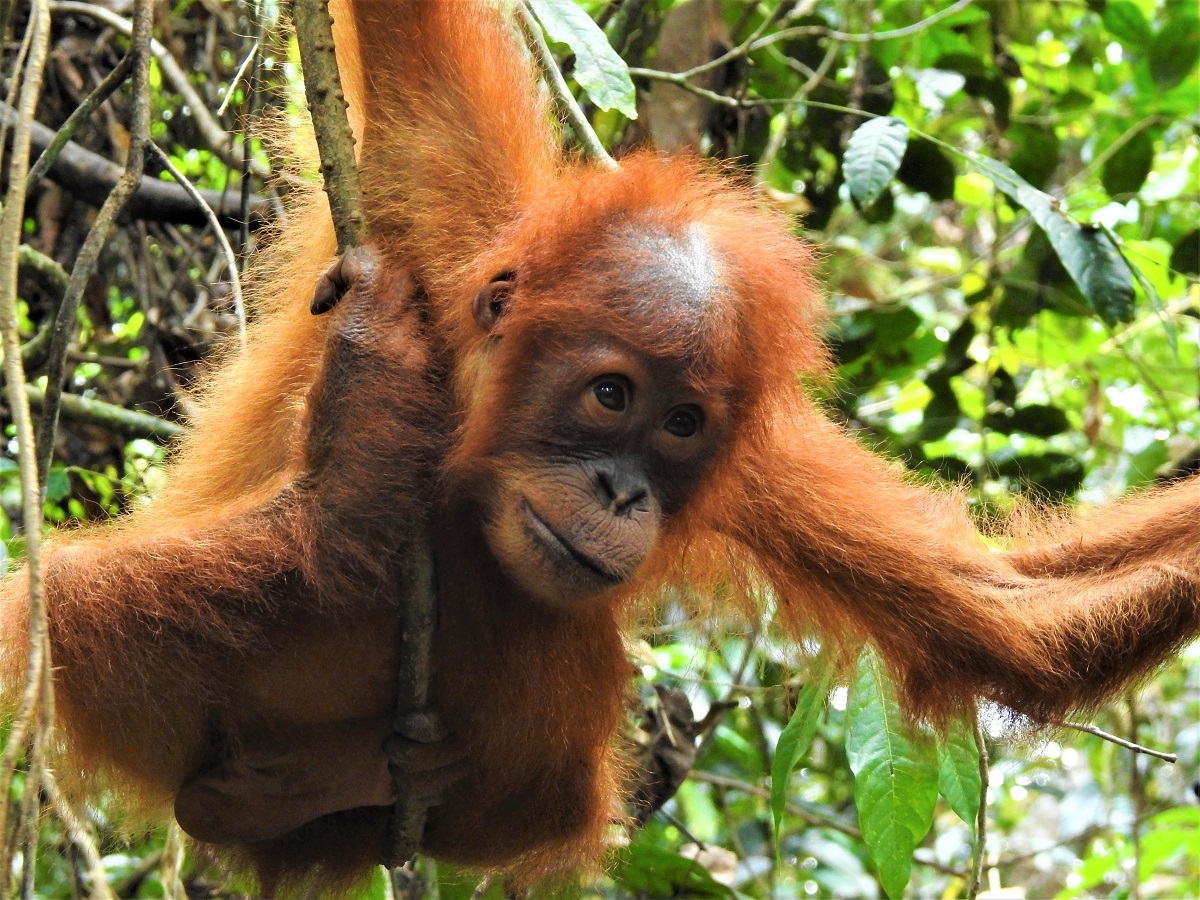 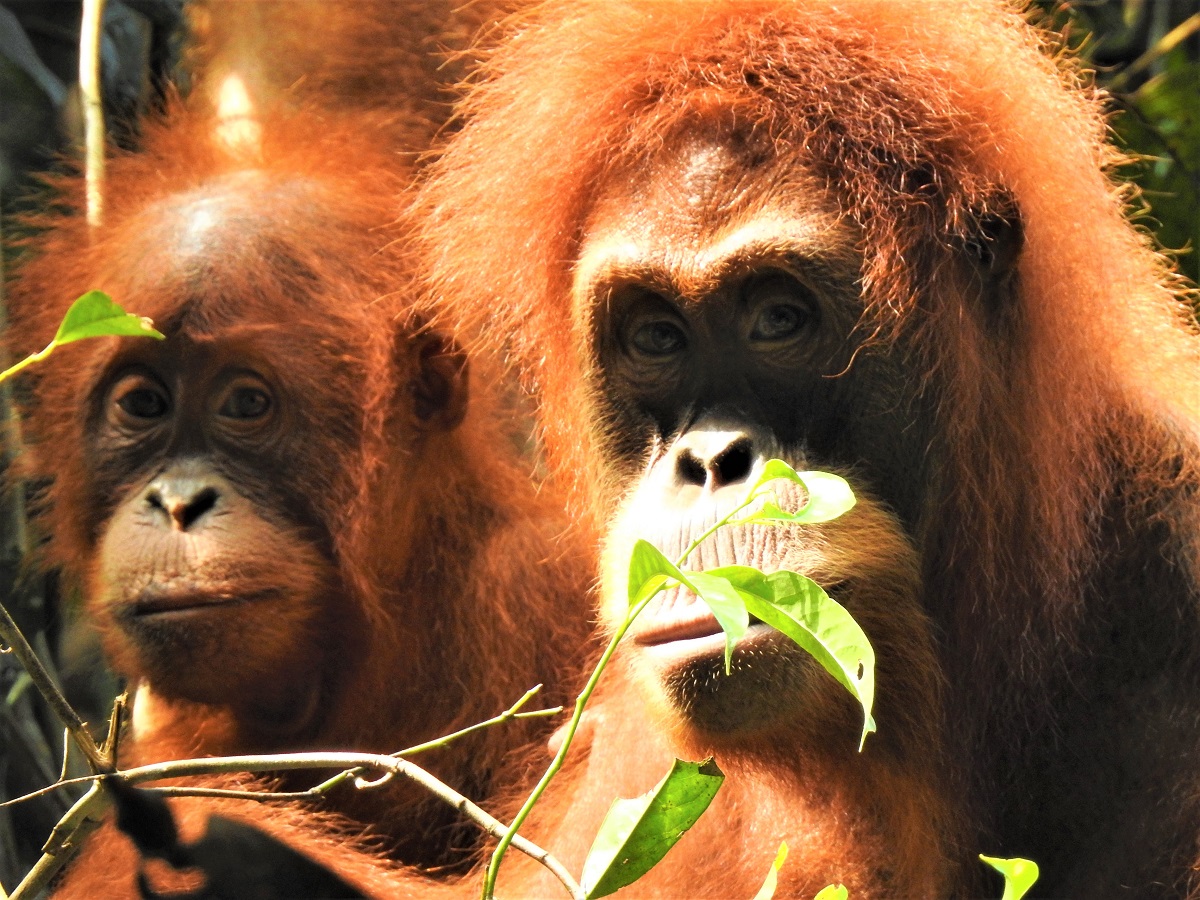 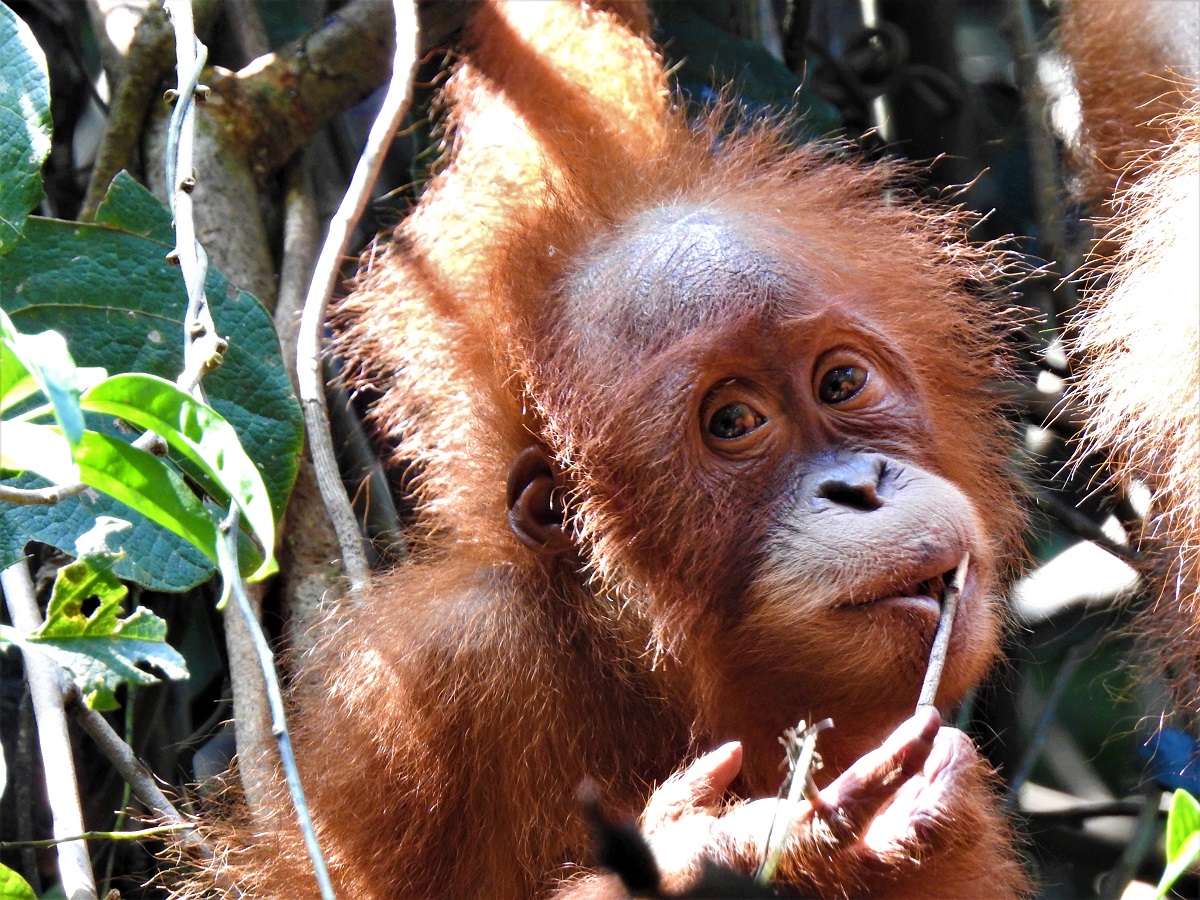 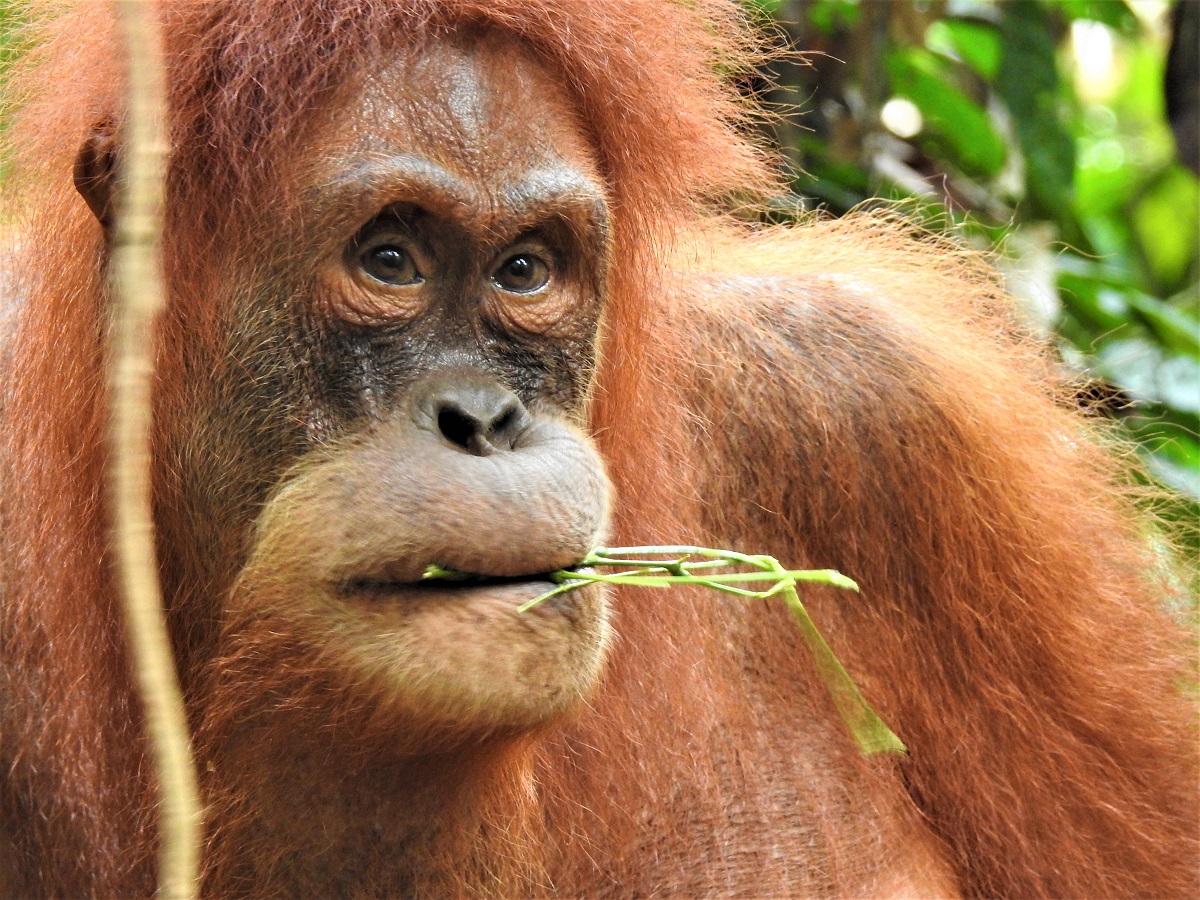 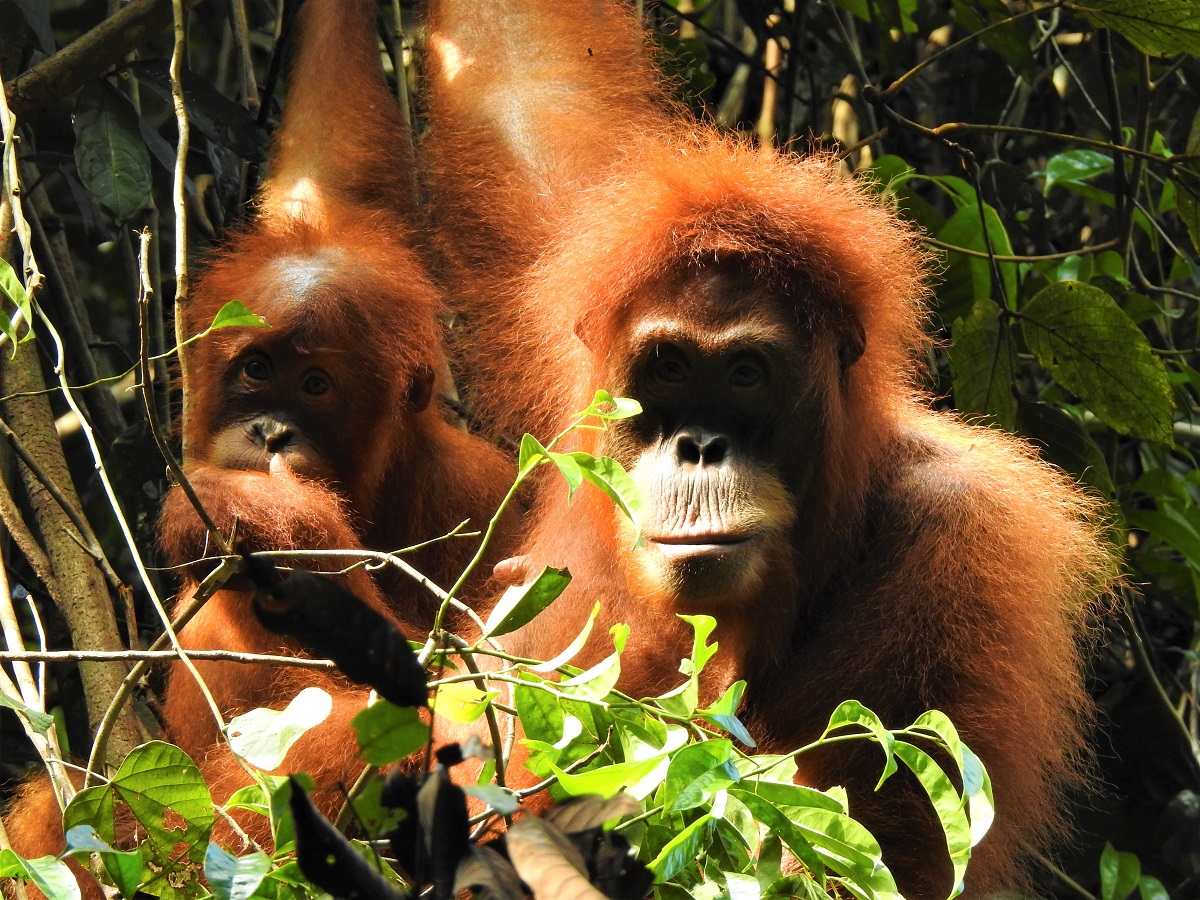 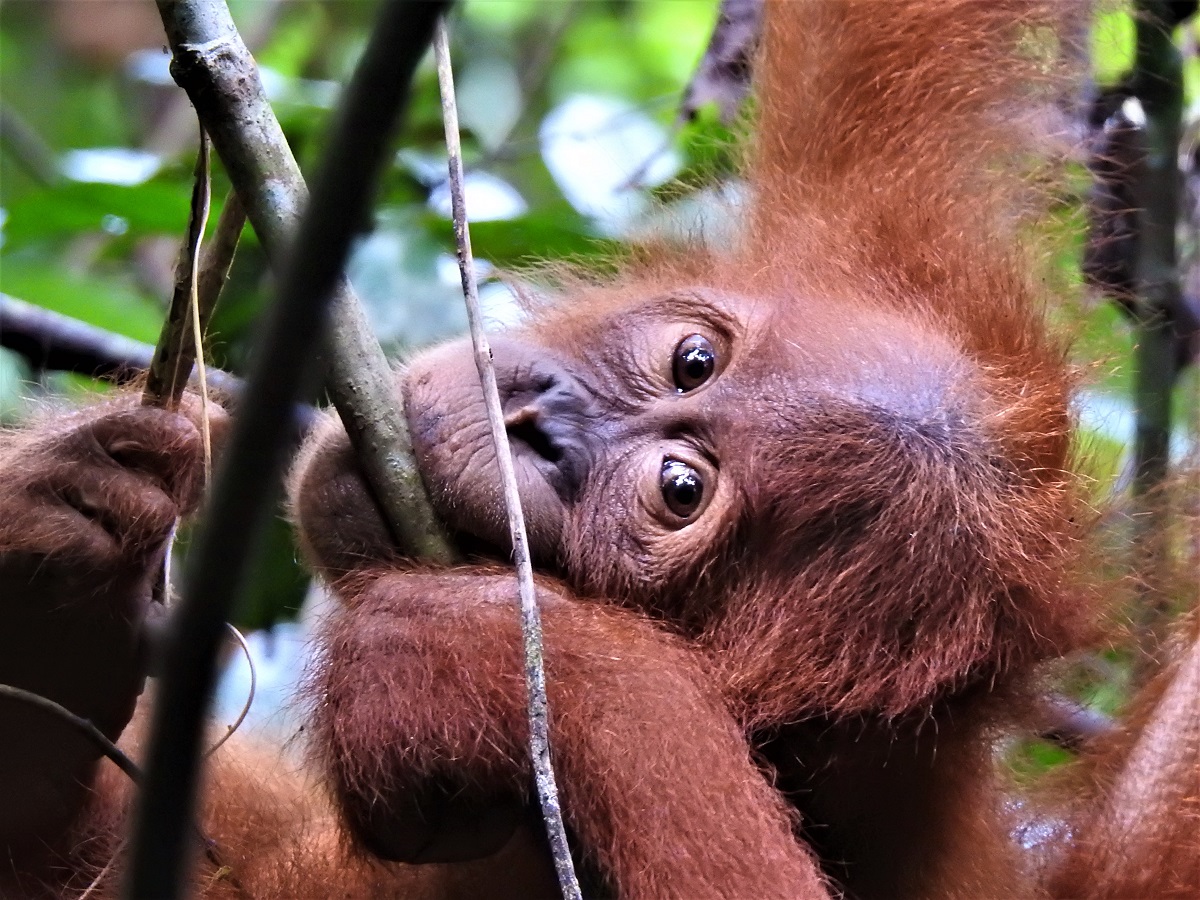