Freedom Is Within Reach

Help us make sure orangutans like Nigel are wild and free!

All orangutans deserve to live a life of freedom and security 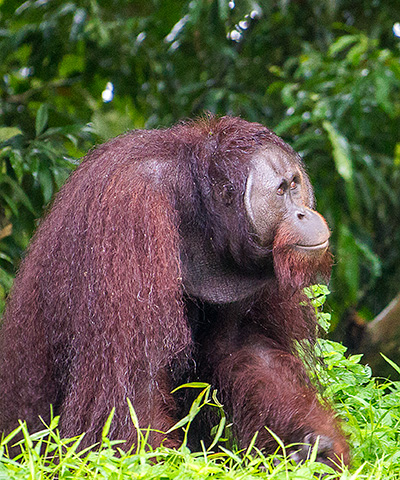 As self-aware, sentient beings, the only way for orangutans to live with dignity is to be wild and free!

For fourteen-year-old Nigel and other orangutans who have fallen victim to large-scale habitat loss and the illegal wildlife trade, freedom is only a distant memory. Torn from his mother’s arms as an infant, Nigel has spent most of his life in captivity. But now, finally, his freedom is within reach!

Right now our Bornean Orangutan Rescue Alliance (BORA) - a joint initiative between the Indonesian Conservation Agency (BKSDA), The Orangutan Project and the Centre for Orangutan Protection - is preparing to release Nigel and three other Critically Endangered Bornean orangutans, Hercules, Antak and Memo, into the Busang Ecosystem on the island of Borneo. They will join mother and daughter Ucokwati and Mungil, who were released into the Busang Ecosystem in late April.

Your gift today will help them finally achieve their dream of freedom. Please give now

THE JOURNEY TO FREEDOM 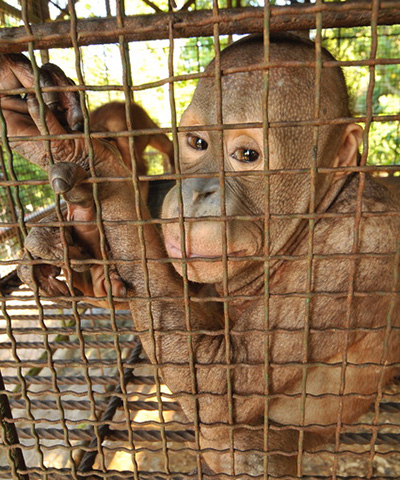 Looking at him now with his beautiful long coat and his magnificent cheek pads, it’s hard to imagine Nigel as an almost bald, severely malnourished four-year-old.

But that is how our rescue team found him in 2010 – holed up in a tiny cell in a zoo in East Kalimantan, with little sunlight and minimal food.

Right now, we have 27 orangutans at our BORA Rehabilitation and Rescue Centre who are waiting for their chance for freedom.

Your kindness and compassion will give them hope for a future of safety and freedom. Please give now

Unless we can legally secure and permanently protect critical rainforest habitat and provide a haven for Critically Endangered orangutans to thrive and recover in number, our efforts will be futile. That is why at The Orangutan Project, we take a holistic approach to orangutan conservation.

Our ultimate aim is to secure and permanently protect eight fully functional ecosystems of the right type, shape and size that can sustainably support a minimum of 2,000 orangutans each. This is what we need to ensure all species of orangutans remain genetically viable.

But the clock is ticking, and it’s ticking fast! If we don’t act now in the next ten years, to secure critical rainforest habitat, it is inevitable that orangutans will become Extinct in the wild!

Through the Bornean Orangutan Rescue Alliance, we have been granted approximately 20,000 hectares by the Indonesian Ministry of Forestry within the 260,000-hectare Busang Ecosystem to undertake orangutan rehabilitation and release. Currently, there are approximately 620 orangutans living within the Ecosystem. Our goal is to increase the population to 2,000 to ensure the preservation of this subspecies.

Once we have legally secured this rainforest habitat, we then have to ensure its permanent protection. With your kind donation, we will be establishing a new Ape Crusader monitoring team to ensure the welfare of these newly released orangutans as they adjust to life on their own in the wild.

Your gift today will help secure and protect critical orangutan habitat in the Busang Ecosystem.

THE CHOICE IS SIMPLE

The choice we face today to protect and conserve Critically Endangered orangutans is simple.

If we want future generations to grow up in a world where orangutans exist and flourish in the wild, then we must act decisively today to secure and protect their rainforest homes.

Your act of Compassion today can provide a lifetime of Protection and Freedom for these amazing animals.

Summary of what your donation will do:

Where your donation goes