Chocolate has had an action-packed few months, and is now fully integrated with the large group of orangutans in the socialisation cage complex. This move into a larger group has been great for Chocolate as it has allowed him to greatly improve his social skills. He has been able to learn which orangutans are his friends and whose boundaries he needs to respect a little more. These social experiences will provide vital influences towards Chocolate’s development. It will allow him to learn from older orangutans’ behavior, and provide him with the social intelligence needed to be a wild orangutan.

Chocolate still absolutely loves his food, eating anything and everything that is placed in front of him! As a result, he is getting bigger, and stronger, and he now weighs 19 kg. This growth is in part because he’s been enjoying a much more nutritionally balanced diet, with high carbohydrate loading tailored to an orangutan’s activity cycle, and much higher levels of protein from eggs, tempeh and rich protein milk. Chocolate has also received his annual parasite treatment and vitamin rich foods to prevent the flu, meaning he is in really excellent condition!

Chocolate spends most of his time following his new best friend Santi, an older and quite wild female orangutan. She has been an excellent influence on young Chocolate, and he’s grown up a lot since his last update. He is developing into a much more independent and confident individual. Critically, Santi has taught Chocolate to nest up high on the top platform or in a swinging tyre, and he’s become much less interested in interactions with the keepers, just like his wild playmate.

As an extremely intelligent orangutan, Chocolate absolutely loves all forms of enrichment, including hessian sacks, and the leaves supplied twice a day by the keepers. He has increased enrichment opportunities in the socialization cage. His favourite activity is a puzzle box, which keeps him entertained for hours as he manufactures a tool from a branch and pushes it into the box in order to retrieve honey or jam. 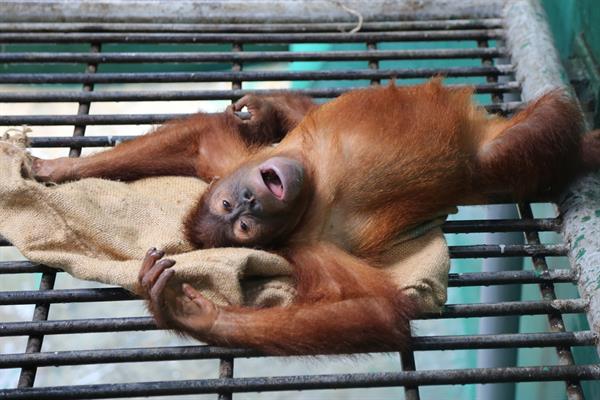 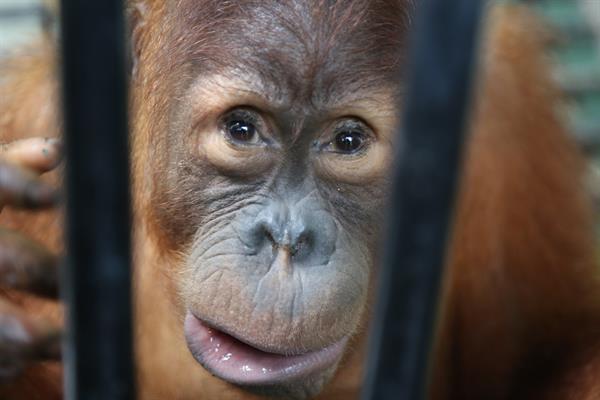 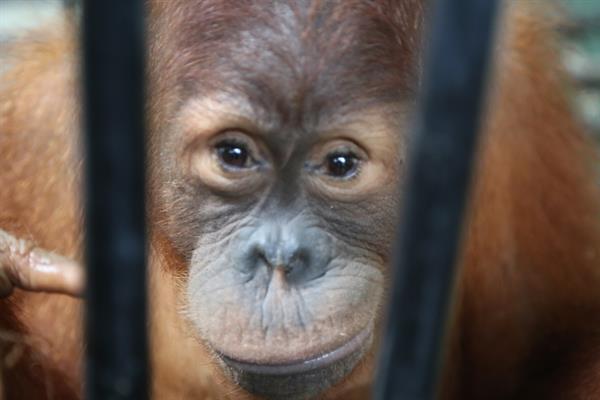